the merchant of venice in brazil, 2016

I directed The Merchant of Venice in Portuguese, in a new version by Brazilian playwright, Marcos Barbosa for the British Council's Shakespeare 400 celebrations in May 2016. This was produced by People's Palace Projects and supported by RSC.. It premiered at Centro Cultural Banco Do Brazil, Belo Horizonte and is nationally touring Brazil.

We are Wales' award-winning theatre company leading the development, promotion and production of new writing for performance.

Our website, with all our work and upcoming events, is here.

Launched in 2007, the award-winning Dirty Protest Theatre has worked with more than 200 Welsh writers, staging new sell-out plays in theatres and alternative venues, from pubs and clubs, to kebab shops, hairdressers and a forest!

Winner of Best English Language Production at the at the Theatre Critics of Wales awards for the premiere of Katherine Chandler's Parallel Lines, we also took this show on the road for a national tour of Wales in 2015.

Alongside our full length productions, the core of our activity are our short play nights. We put on established and wannabe writers on the same platform, providing opportunities for writers, directors and actors.
​
We work in collaboration and are proud to have worked with partners including the Royal Court theatre, the Almeida theatre, Traverse Edinburgh, Soho Theatre, Sherman, Theatr Clwyd, National Theatre Wales, Theatr Genedlaethol Cymru, Latitude Festival, Festival No.6, Troyfest and many more. 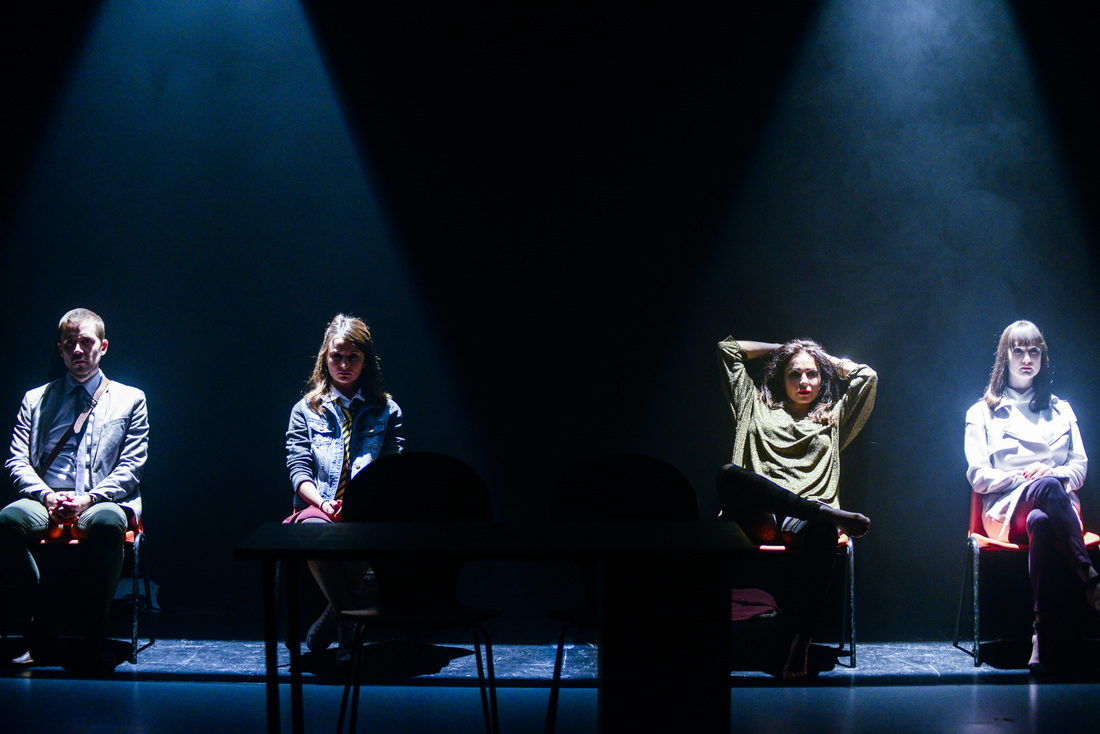 I was a founding member of the strategic team of the English-language national theatre for Wales.

Contributing to the artistic and strategic vision and plan for the company, I implemented key policies, nurtured key stakeholders and directed quality creative projects.

I directed The Beach (NTW's 5th production); The Assembly and artist development schemes.

Click on the videos below to see footage and images from The Beach, an interactive theatre game that followed the adventures of Charlie and TJ as they tried to bring the 'missing generation' back to the seaside town. But beware! They hadn't barganied for the resistance put up by the army of local Curtain Twitchers!

The Beach happened in Prestatyn in July 2010.

See a review of The Beach by Dylan Moore, Editor of Wales Arts Review
The Beach was a multiplatform production and featured online narrative. Audiences could follow the adventures of Charlie and TJ in the weeks running up to The Beach and it was here they could answer their online call for help.

Click on this link to see all of Charlie and TJ's digital adventures.

In November 2012, I went with my writing partner, Benjamin Partridge to West Wales to explore the personal stories of the people in and around Milford Haven and Haverfordwest.

We asked "what objects and stories have made you who you are today?".

Mixing storytelling and comedy, we explored what form the theatre project could take and recorded our process on YouTube.

Top Of The Hour

Top of the Hour by Alan Harris was a short comedy play, broadcast in December 2011 on BBC Radio Wales
Directed by Catherine Paskell
Powered by